FREETOWN, March 20 (Xinhua) — A Chinese-funded iron ore project in Sierra Leone on Saturday announced the commencement of its full-scale operation.

The Chinese company’s Chief Executive Officer Zhao Ting said the project covers an area of 408 square kilometers (40,800 hectares) with a resource capacity of 13.7 billion tons, and is also equipped with a complete railway and port logistics transportation system.

The project will boost the iron and steel industries both in Sierra Leone and China, said Zhao.

On Jan. 29, the first shipment of iron ore from the project set sail for China. 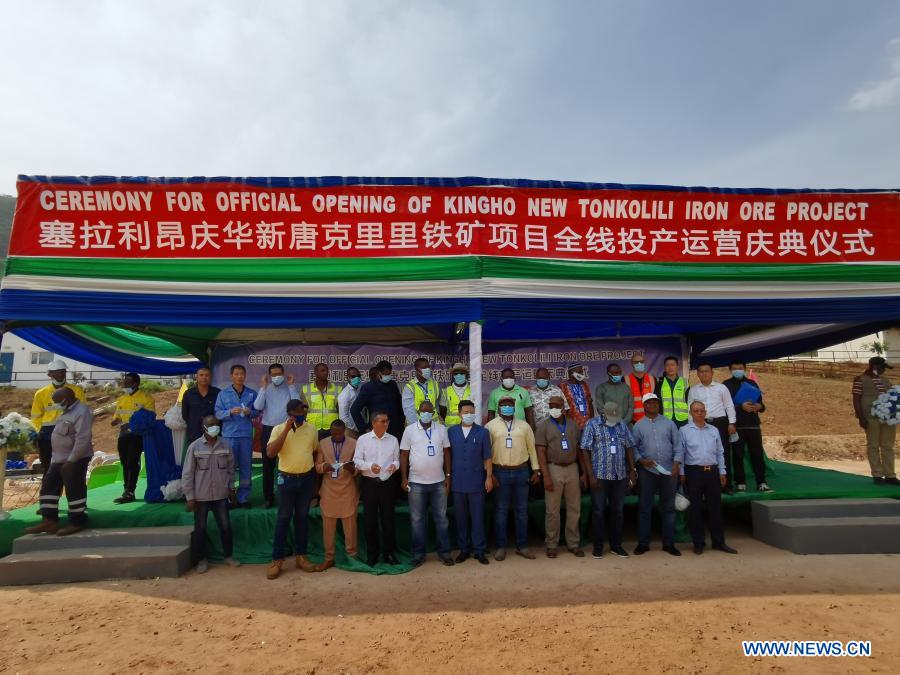