The studies for the project is being prepared and the final tariff for selling the water produced is being decided in other present it to officials. Meanwhile, the project will be the first of it kind. This is because the state produce and sell water directly to consumers.

Water treatment technology is costly and need major investment. This is because it provides a renewable source for water that will be able to meet the needs in different sectors. This sectors include, tourism, household sector which is aligned with the state’s trend towards using renewable sources. 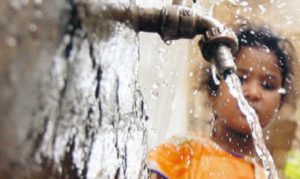 Chairperson of the Holding Company for Drinking water and Sanitation, Mamdouh Raslan said ”There are negotiation between the company and several local company. He also said the plan is to implement several projects in the sector of drinking water.”

The Government is exerting efforts to reduce illness which are from poor sanitation service. They are working toward improving the quality of drinking water as well as desanitizing sea water according to Raslan.

The project will need an investment worth EGP 2bn.