The event was officially opened by NIHTE Port-Harcourt Chapter Chairman Engr. Francis Oriakhi with the National Chairman Engr. Oludayo Oluyemi in attendance. According to Engr. Francis, He plans to increase NIHTE visibility and activities as a chapter in the public domain through seminars, workshops and training for its members.

During the meeting held on Tuesday 8th October, 2019, engineers and stakeholders gathered at the state engineering centre in Port Harcourt. The topical issue for discussion, “Durability & Fatigue Assessment of Moisture Damage on flexible pavements in the Niger Delta“.

Delivering the keynote speech, Engr. George Okoroma FNSE JP spoke on the deplorable state of road infrastructure in the state. He stressed the importance of maintenance, which is grossly neglected on some federal and state infrastructures.

“Many non engineers are encroaching into engineering jobs”

Anchoring the session, Engr. Aleruchi Igwe PhD gave an in-dept analysis of a laboratory simulation showing the effects of moisture on asphalt – the road pavement. Apparently, all the layers in a road pavement behave differently and must be managed in the design. In this article on “how to prevent road failure”, we talk about the different pavement layer.

“Despite being the wealth of the nation, the Niger Delta suffers from bad roads. An hour journey in Port Harcourt is a 10-minutes journey in Abuja” 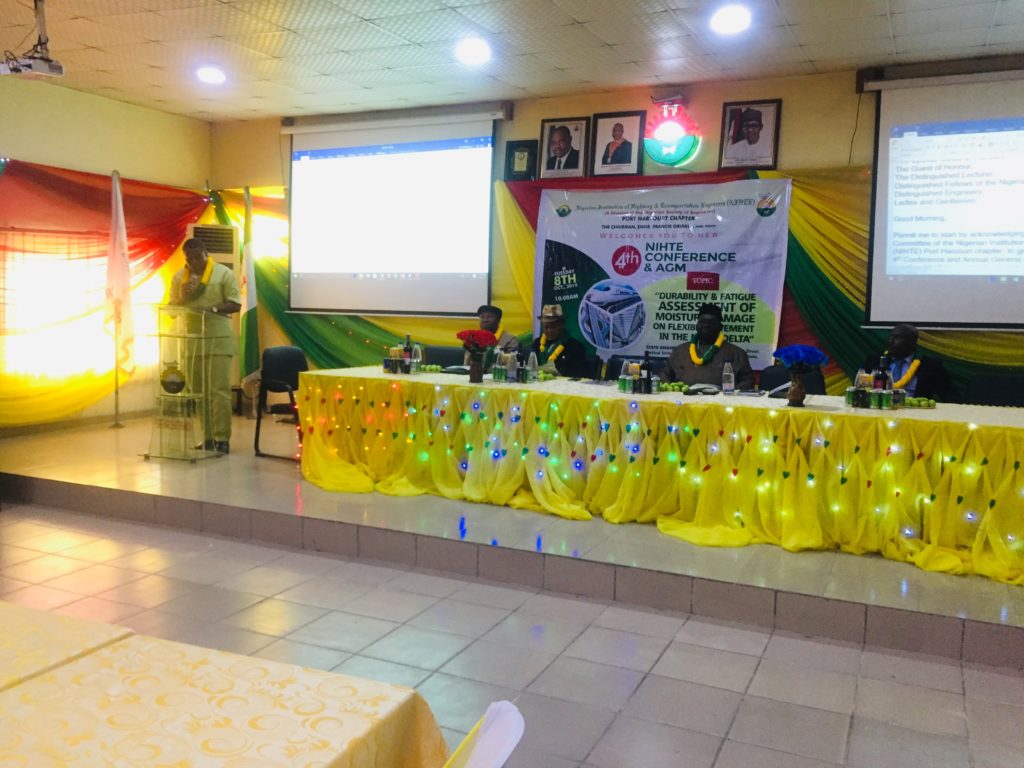 “Today, roads are failing while the contractor is still constructing”

So, what are some of the reasons for road failure?

For a region like Niger Delta with high annual rainfall, it is essential that engineers ponder on sustainable solutions to this problem that is affecting the economic, environmental and health of citizens.  Addressing these issues will improve the overall outcome;

It is important that engineers design sustainable roads while liaising with government parastatals in sensitising the public. On the research front, engineers challenged themselves to seek possible technologies that strengthen in the presence of moisture. This will replace the asphalt layer on road pavement that fails in the presence of water. Finally, it is important that engineers aspire for political position to further influence government and cause the change we all desire.