South Africa’s carbon tax, which came into effect in 2019, is predicated on the “polluter pays” principle and ensures that the real cost of greenhouse gas emissions to the environment and society are incorporated into the price of carbon-intensive production activities. This tax was introduced to assist South Africa to deliver on commitments made in the Paris Agreement in 2015, which aimed to substantially reduce global greenhouse gas emissions. Carbon tax is expected to increase in the years ahead, with many carbon-intensive businesses noting the onerous impact of this tax on their bottom lines, at a time when they are recovering from the detrimental effects of the pandemic and investing heavily in energy transition infrastructure.

Businesses in carbon-intensive industries have noted that the massive investment necessary to be able to reduce emissions, specifically with regard to infrastructure investments to support the production of renewable energy and green hydrogen to replace coal, is impacting their profits. Many note that they will have to forfeit key elements of their growth strategies and have called for alternatives to carbon tax to be implemented. While investments in renewable energy will have significant positive impacts for businesses and environmental sustainability in future years, businesses are calling for financial incentives and alternative policies to assist them now, as they make the transition to clean energy.

As the clean energy industry grows, so does the need for specific incentives or legislation to deal with certain spin-offs from the measures introduced to reduce exposure to carbon tax. Carbon trading, both locally and internationally, is picking up momentum and moving at a fast pace, whereas tax legislation is not necessarily keeping up. Whilst general principles can be applied, there are unique situations which require either specific tax provisions or incentives. Take, for the example, the ability of South Africa to be a key jurisdiction in the generation of carbon credits and the projects associated therewith, and it is easy to see that specific tax provisions would be beneficial to all stakeholders. As such, more policies that incentivise the reduction of carbon emissions and the transition to clean energy are likely to be announced in the coming years. 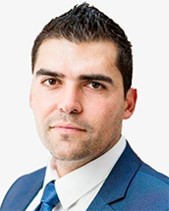