Before the introduction of GPS, the first mapped car navigator was electro  Gyrocator

Administered by the IEEE History Center and supported by donors, the milestone program recognizes outstanding technical developments around the world.

Sold and used by 1981 Honda Accord and Honda vehicles, the electro gyrocator uses inertial navigation technology.

It is been represented by a moving dot on a 15-centimeter cathode-ray-tube display, with transparent road-map sheets overlaying the screen to show the driver where the car is. The CRT display is been placed on the dashboard.The route was displayed on the green screen; the vehicle position (a large round mark) and vehicle direction (a cross) were displayed at the edge. Engineers at Honda designed and built the computer as well as its operating system. Honda developed a number of devices to make the Electro Gyrocator work, including a gyroscope that had two wires in a stream of circulating helium. When the vehicle moved straight ahead, helium hit both wires equally, keeping them at the same temperature. When the vehicle turned, the flow of helium deviated to produce a temperature difference between the two wires. 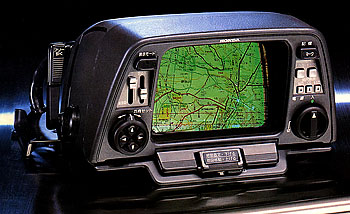 The helium gas-rate gyroscope and other technologies developed for the Gyrocator led to several patents.The Electro Gyrocator was offered as an upgrade for late-1981 models. The feature cost US $2,746 (more than $7,000 in today’s money)—almost a quarter of the car’s total price.

To get more educative material, follow our article on GambetaNews.

Don’t forget to visit our Facebook page at GambetaNews