Orascom Construction was awarded two contracts to execute the New Alamein High-Rise Towers at LD-01, consisting of four towers and a podium with a total BUA of 285,000 m2 . The first contract was completed on schedule in 3Q20, the scope of which was the structural works including excavation, back-filling, and foundation (shallow/ deep) works, as well as insulation and concrete structure works for the towers. The second contract, awarded in 1Q19, covers the finishing and electromechanical works of the towers, and is scheduled to be completed by 2022. 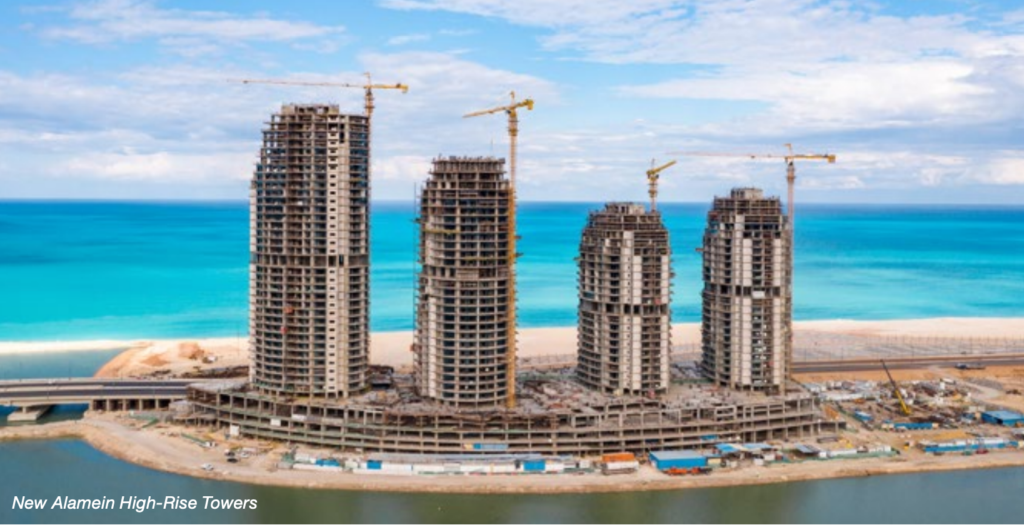 Works on the Al Massah Resort turnkey project in New Alamein City have also continued, with a total BUA of 278,000 m2 . Works started in 4Q17 and are scheduled to be completed in 2021, with about 85% of the resort’s buildings now completed. OC’s scope includes civil works, finishes, elevations, and electromechanical works for six towers with two upper linking caps (comprising a three-tower hotel and three-tower hotel apartments). Each tower consists of two basement floors, a ground floor, first floor, mezzanine, and 18 typical floors, as well as a service floor and a 21st upper cap floor. This is in addition to the 3-star Crystal Inn Hotel, a shopping mall consisting of a basement, ground floor and mezzanine floor, a mosque, utility and service buildings, external works including roads, hardscape, softscape, and water features, and an external fence. 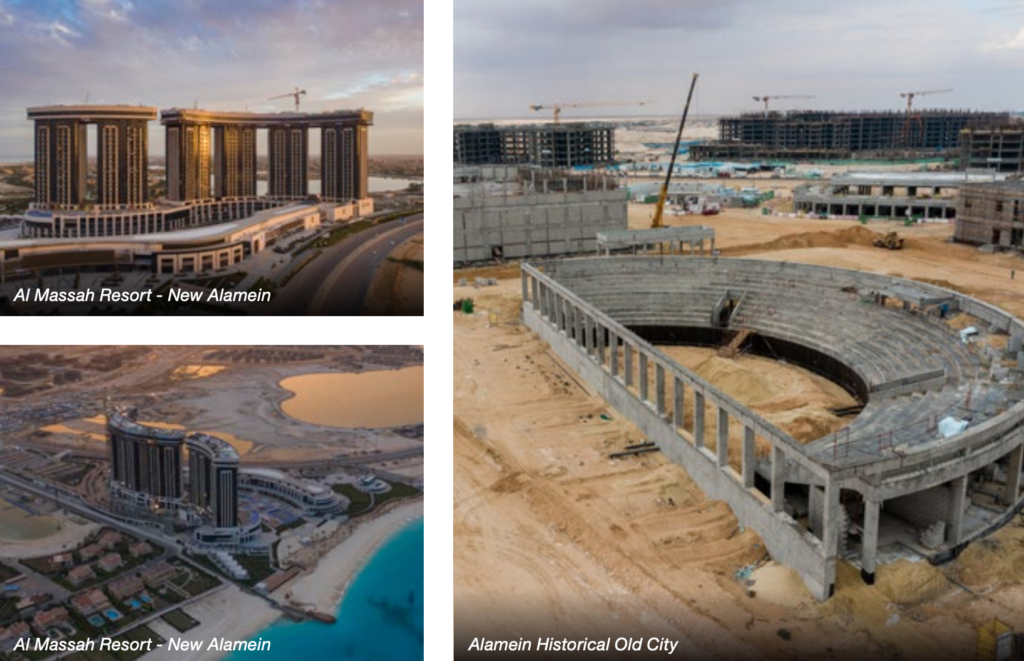 OC was also awarded two contracts for the New Alamein Historical Old City. The first contract includes excavation, backfilling, insulation, foundation works, skeleton works for buildings, and external works, as well as excavation and backfilling for landscaping and roads. The second contract includes full finishes, electromechanical works, and landscaping for the buildings. Both contracts are scheduled to be completed by 2021 and consist of the following buildings with a combined BUA of 148,329 m2 : a cinema complex, C&M buildings, a library, a church, City Hall, a museum, luxury apartments, an exhibition hall, a Roman theater, an opera house, a talent development center, a left chiller, and two substations. 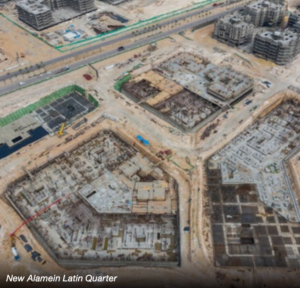 Orascom Construction’s structural works on the New Alamein Latin Quarter have also continued. The project’s scope includes excavation, backfilling, insulation, foundation works, and skeleton works for 18 clusters complex of residential buildings. It is also composed of 71 multi-story buildings on a total BUA of 687,671 m2 . Works started in 4Q18 and are scheduled for delivery in 2022.