Zimbabwe plans to borrow fund from G7 nations but is that a wise choice?

Zimbabwe Government is planning to borrow US$1,9 billion from G7 nations in order to pay their debts. The G7 nations which are France, Italy, Canada, Germany, United States, Japan and United Kingdom.

The funds will be use to clear debts to the African Development Bank (AfDB) and World Bank according to Minister of Finance and Economic Development Mthuli Ncube. Speaking during an interview with Blooming news, Ncube said Zimbabwe will seek funds from G7 nations.

However, the nation must first clear out its debt to these multinational lenders. These will enable them open avenues for fresh concessional funding. That will support its external position, which has mainly been the reason for runaway inflations. 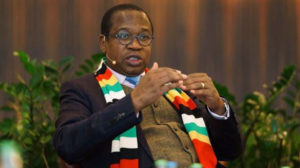 IMPORTANCE OF CLEARING THE DEBTS

Clearing the debt is vital as other key global lenders take cues from the positions of these leading multilateral lenders. Which is making it difficult for defaulting borrowers to secure fresh credit from anyone without their support.

According to breakdown of the debts, multilateral institutions are due a total of US$2,5 billion. As World Bank is US$1,5 billion, African Development Bank US$702 million while European Investment Bank US$309 million and other multilaterals US$74 million.

Meanwhile, as part of effort to  rebalance the economy, Minister Ncube embarked on reforms that have thus far seen drastic reduction in budget deficits. This has in fact post a primary surpluses compare to other budget which is a first in many years according to Ncube.

Ncube also said prospects for growth this year were dim after economy was fling off balance by a series of interventions. It is now on a stronger footing to support growth moving forward.

So the question has to be “Is borrowing from G7 nations the best options that the ministry of Finance and Economic Development have in mind?